Please visit our new Facebook page we will use this page for updates, photos, news and events.

Airport staff will be available to assist you during this time, signage will be placed where required.

If you have any issues please contact us on 03 2186 367 or admin@invercargillairport.co.nz

The crew from the AM show arrived to a warm welcome from Southlanders on Friday evening. Watch the video below. 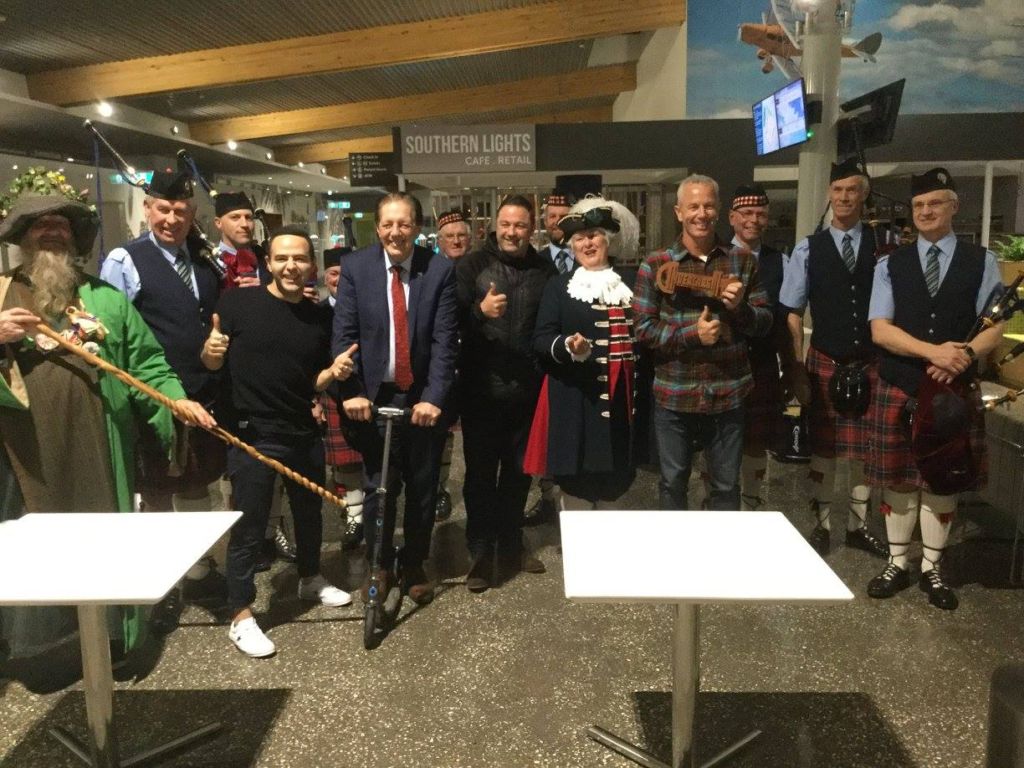 At Invercargill Airport you can now use your credit card at the entry and exit of the car park – you do not need to take a paper ticket.

Here are the instructions on how to use this function. If you have any questions please contact us on 03 218 6367 or admin@invercargillairport.co.nz

Credit Card use at Entry and Exit Instructions

Please go to the below link to complete a short survey on the Invercargill Airport – we would love to hear your feedback.

An airport provides the first impression of a region for arriving visitors and when architects Warren and Mahoney were asked to design a new airport for Invercargill they wanted to create a modern, elegant design which reflected the beauty and diversity of the Southland region, as well as its distinctive culture.

The airport design has proved to be a winning design, carrying off the Public Award at the Southern Architecture Awards, organised by the New Zealand Institute of Architects. The awards judges said the airport design was a “strong, simple form with local reference distinguished by exemplary planning and excellent way-finding.”  They said the project had been executed “with admirable attention to detail”.

Project architect Jeremy Dunlop, from Warren and Mahoney’s Queenstown studio, said the design was originally inspired by the historic World War Two hangars located on the site, while the terminal building was designed in a low, curving form suggestive of a large aircraft wing “to capture the romance of flight.”  The terminal is designed on a structurally efficient grid to allow for the smooth processing of passengers, but also to allow for future expansion by adding bays.

On arrival passengers are greeted by a colonnade which provides a civic quality to the building. Several textural precast concrete pods have been designed to reflect the varied typography of Southland, from Stewart Island to Milford Sound, and an internal wall graphically illustrates the native flora and fauna of the region.

Materials were chosen for their connection to the region, and include Southland beech timber, and

Jeremy Dunlop said there were a number of challenges throughout the two year construction project: the chief one being that the airport needed to be fully operational throughout the construction period. The other main drivers were the airport’s brief for a building that would be flexible enough to allow for future expansion, and that would be economical to maintain and reduce its energy consumption.

The airport design also won a Resene Colour Award at the Awards. The judges said, “A device as simple as choosing a lime yellow for the framing of the arrival and departure doors is so helpful to the first time visitor to this new airport building. This is a good example of the intelligent use of colour to aid building performance.”

Invercargill Airport General Manager, Nigel Finnerty, said that the airport company had aimed to create a terminal building that Southland could be proud of. He said the NZIA design award cemented the airport’s win as the Regional Airport of the Year at last year’s New Zealand Airports Conference.

The airport project, he said, had been one of “innovative thinking, engagement and most of all collaboration.

“It has transformed the airport from a dated 1960s building to a modern, functional and practical gateway for Southland.”

On Tuesday 20th June, Invercargill Airport along with the emergency services conducted an emergency response exercise. The exercise involved the use of life fire-training scenarios within the confines of the airfield.

The aim of the exercise was to test the airport’s processes and staff’s response to an emergency situation and identify areas where improvements could be made. This is completed every 2 years.

Due to weather conditions in Queenstown, Invercargill Airport was able to host two A320 diverts this morning.

The first aircraft arrived in at approximately 10:30am with the other aircraft following close behind at 11:30am. The second aircraft held on the runway and waited for the first A320 to depart before coming on to the Apron to park, you can see this in the image below. 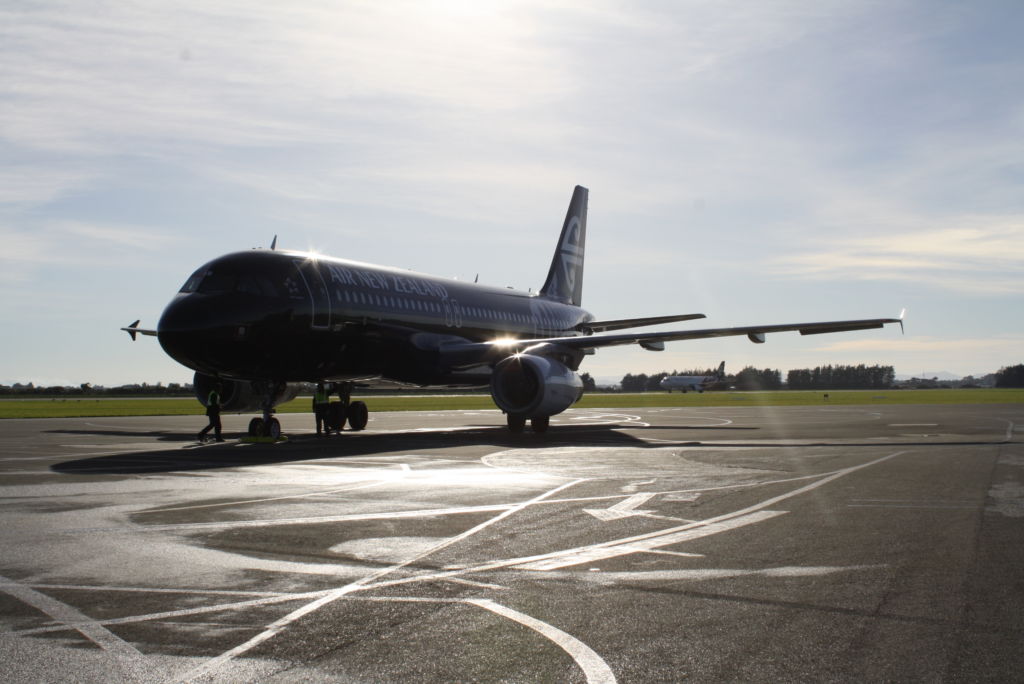 On May 20 three A320 flights from Auckland and Wellington landed in Invercargill for the famous Oyster Festival in Bluff. The three flights were same-day return flights.

Customers of these flights were also able to enjoy other Southland experiences such as, Bill Richardson Transport World, Classic Motorcycle Mecca, Seriously Good Chocolate Factory, a tour and tasting at Invercargill Brewery and E Hayes Motorworks. 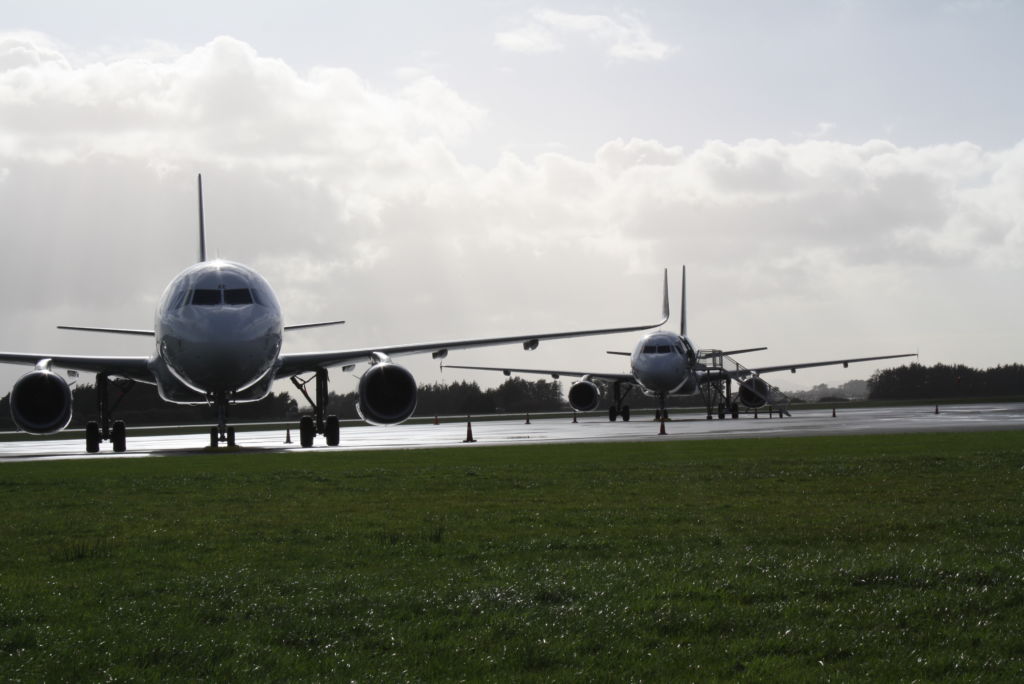 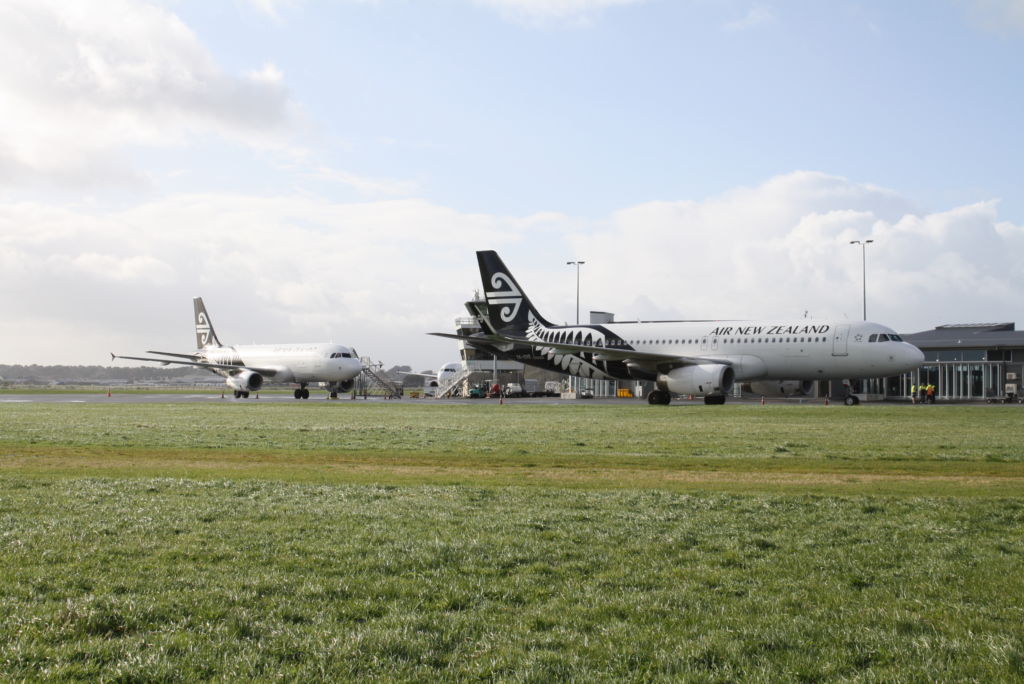 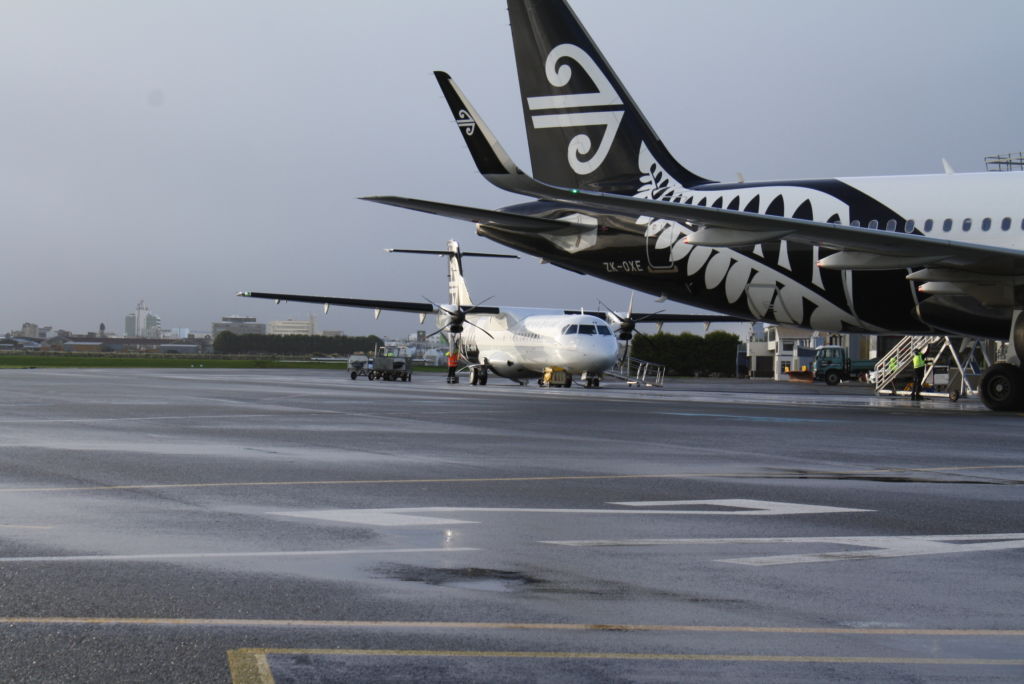 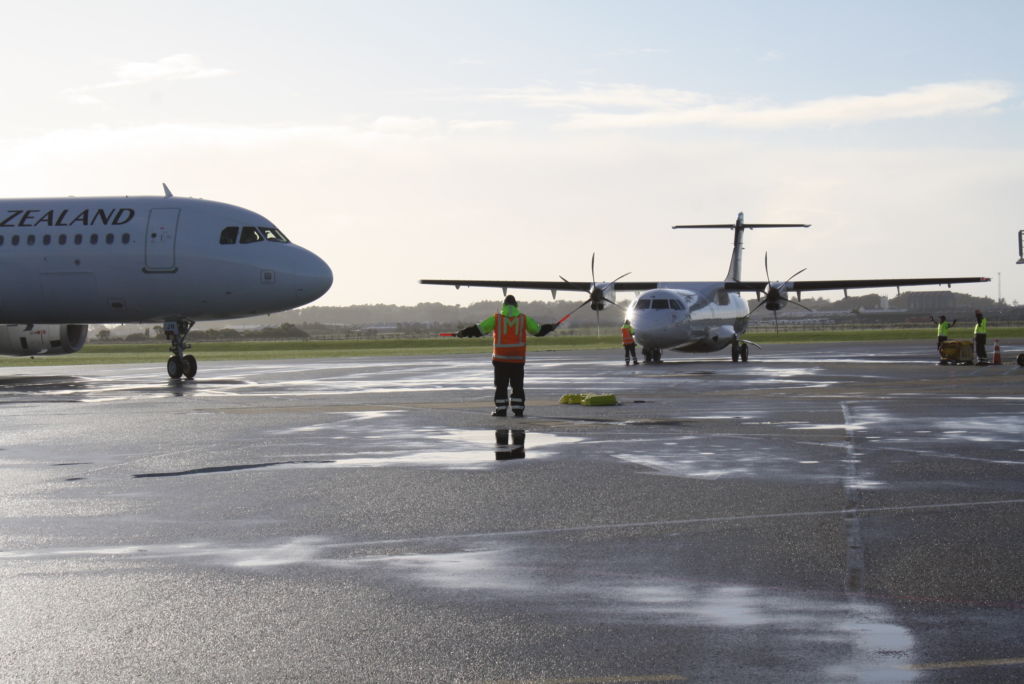 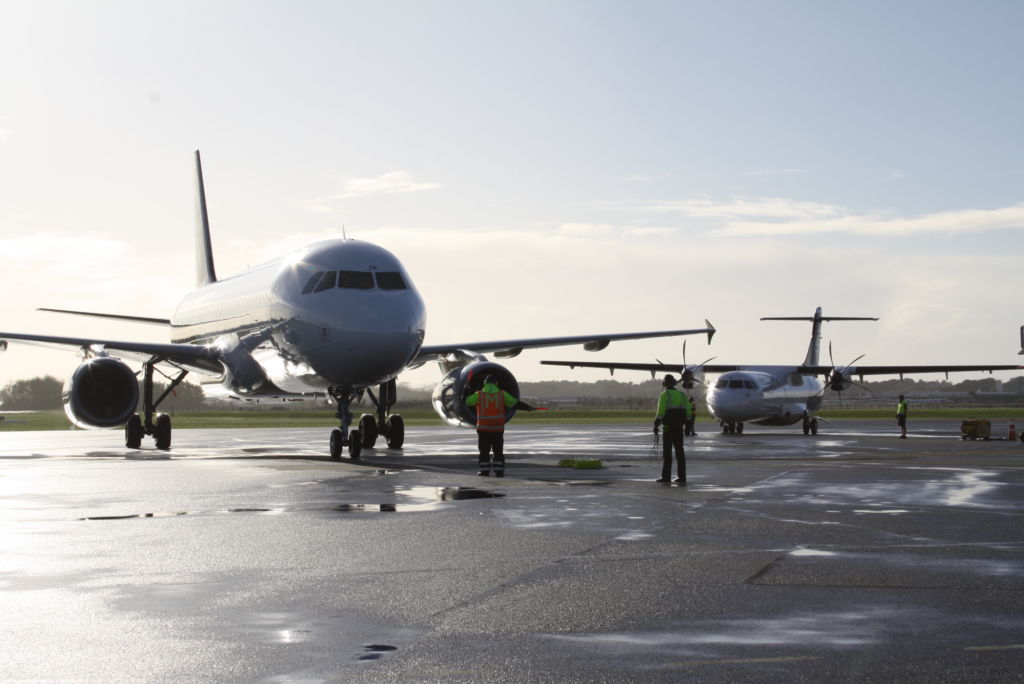 The Southern Lights Cafe at the Invercargill Airport has the best sausage rolls in Southland according to The Hits radio station listener votes on Friday 12 May 2017.

The Southern Lights Cafe has a fantastic selection of food and beverages available 7 days a week. So if you are looking for something to keep you warm on a cold day bring your family out to the airport and try our famous sausage rolls with a cup of coffee – there is lots of yummy treats at the cafe for the kids and a great play area too! 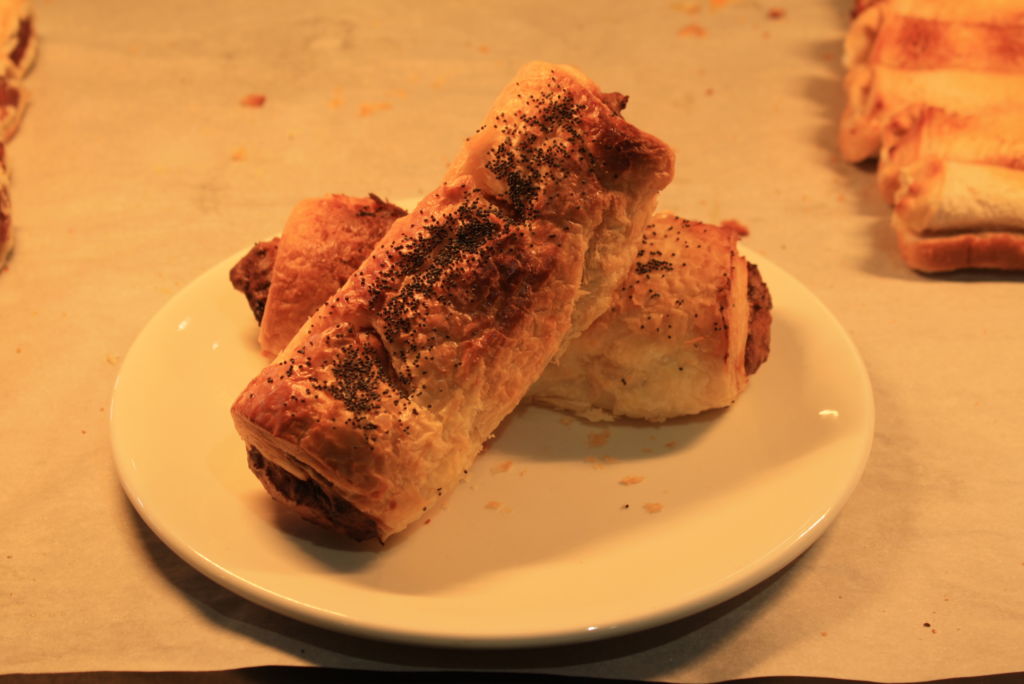